Kim has enjoyed a full, varied and eventful life. He shares these experiences through his music. A variety of styles and his heartfelt lyrics. 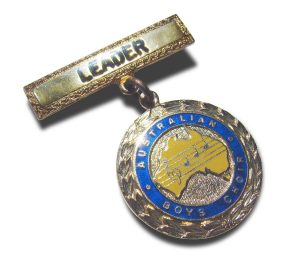 Born in Tasmania, Australia and raised in Melbourne, Kim’s musical journey began at nine years of age when he auditioned for the world renowned Australian Boy’s Choir.

After a few years he became Leader of the choir and held that responsibility until his voice broke around his 15th birthday. Over the years with the choir, he sang hundreds of performances and recorded three albums.

Living unsupported from the age of 16, Kim would hitchhike over 200 kilometres every weekend to play in a country band in rural Australia. In Kim’s own words “A terrible band, but it paid the bills”!

Out of economic necessity, Kim turned away from music and focussed on a career in advertising. He won a business competition that lead to his first job in an ad agency.

This started a journey that would reward him with senior management jobs in Singapore, Hong Kong, New York, Tokyo and eventually through most countries of the Asia-Pacific region and Europe.

He enlisted as a volunteer to help in the Asian Tsunami and became one of the first group to reach the disaster area in Aceh, Indonesia.

The shock of human tragedy he witnessed reawakened the musical talent which had been dormant for decades.

He wrote a song “The Day My Heart Drowned” and later performed it live on national television (together with his two daughters) as part of the Singapore Presidents’ charity drive – in aid of the tsunami survivors.

Through his international business career, Kim has visited most countries on the planet.

He’s backpacked across Asia. Trekked the upper reaches of the Himalayas (Nepal and Tibet) six times. He’s walked throughout Patagonia. Kim is a scuba diver, sea-kayaker and a former glider pilot, and loves to cycle.

Without the pressure of recording contracts or a large adoring fan-base like other musicians, Kim writes what he likes, when something inspires him to do so.

Most songwriters write in their early life. Kim’s songs are observations of life through more mature eyes. It’s sophisticated, worldly and cool with a lot of heart. Hard reality mixed with optimism for the future.

Kim lives in Bangkok, Thailand with his Thai wife and three cats.